It was a busy day. Nothing out of the ordinary. A couple of confrontations with running around. After dealing with an incredibly pissed off woman I had three people waiting.

Two were cut and dry. In and out. Nothing to think about.

The third sidled up. She’d been wandering around during the madness but hadn’t needed me until now.

“My,” she said in a voice that screamed comforting. “That was quite a performance.”

“Thanks. What can I do for you?” That wasn’t said as harshly as it reads. I’m skilled at going from one thing to another without letting the last issue stay with me.

Many blows to the head makes that very easy.

She said all my running around must have stressed me out to the max! I explained, as far as stress goes, I’m more of a carrier.

“Nonsense. You really should take time in your day for you. I saw you running from thing to thing with a furrowed brow.”

Wrong. When moving from task to task I don’t have much expression at all. When I am dealing with a person it may start off with a pleasant smile but changes to a learned expression reflecting their situation.

This is why I don’t have touchy/feely friends. I know a bunch, but keep them at arms length. If that means I need to be armed, so be it.

They also have a cure for whatever ails ya. A little lavender, eucalyptus and an earlobe rub and you’ll be better than new!

Yeah, that’s never worked for me. I don’t have the time. I say things like,

And I’m ready for the next event. What’s that? A three second recovery? That’s about right. I don’t have time for soothing music. How many soothing notes can you get in three seconds? Two? Sorry, I need a little more speed in my mental.

“You really should get a zen rock garden for the office. After all the running around you could sit down massage your garden imparting a sense of order and a spirit of tranquility.”

What’s she doing? A fucking ad? I don’t have time for that either.

“Actually, I have something like that at home. It calls out to tend to it two, three, sometimes more times a day.”

She slits a wide smile.

“I knew you’d have one to keep your tranquility.”

If I’m so tranquil why the fucks she talking to me about this shit? Does she sell sand and miniature rakes?

“Where do you keep it? I trust in a special place.”

“Yeah, in the bathroom. It’s called a litter box. I’ll be sitting in the living room and hear, ‘Chris! The cats shit and it stinks.’ So I trundle off to tend to it.”

We stand silently for a moment. Enjoying the sense of peace.

“Is there anything else I can do for you?”

The door shuts behind her and, ah, tranquility.

Stockings were torn
from ankle to thong
due to the frenzied
maniacal throng.

They grasped and they clawed
ripped a zhu zhu in two.
A grandmother shoved me
while screaming ‘Fuck you!’

I watched in amazement
as a mother of six
with an arm full of adverts
furrowed brow and began tricks.

On Debt Watch , Foreclosure
and Stimulus Foe.
On Credit and Lay-A-Way
lead by Negative Cash Flow

I just had to follow
as she tore through the store
and wondered what happened
to the Christmas of yore?

When Families all gathered
around lights every night.
All faces shiny, all smiles bright
as we gazed at each other in the flickering light.

I wandered all wistful to my boyhood days.
To photos inside Santa’s red sleigh.
Then it dawned all quite sudden
that it was never that way.

The gnash and the pressure
was just as intense.
All the hustle and bustle
it never made sense.

Like the year dear old Nana
shattered her hip
reaching for that GI Joe
with the strong kung fu grip.

It was always such bullshit
when you look at those days.
Dad was always quite hammered
and that uncle quite handsy.

Mom always ended up crying
pissed because only she was trying.
Your cousins and nephews
and all their useless junk. 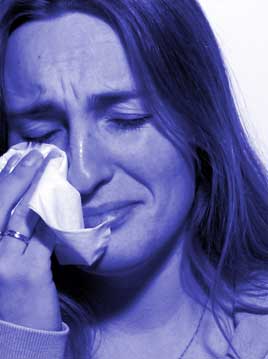 But it must be worth saving
these traditions of ours.
Or why would we keep them
and make them all ours?

So put on your game face
and sucker punch that twit
’cause for holiday survival
it’s either got or get shit.

Bound & Gags would like to take this moment to (offer you the generic greeting that fits with your holiday beliefs, traditions, mood) and hope that you and yours (obtain whatever unrealistic goal you which to achieve) for the rest of your life (our sincerity may vary).

With (slight) apologies to U2 and their tune ‘The Sweetest Thing’.

Two white guys are talking. . .correction. . .one white guy is talking the other is thinking of all the interesting things one can do to a human with a meat thermometer.

Trust me, that process alone can keep me busy for hours.

It’s funny to me when people talk rapid fire. I’m talking no space between words and the bare minimum between sentences.

They tend to repeat themselves. But that’s a good thing because, as they say, lies change in the telling whereas the truth doesn’t.

This guy’s father didn’t drink. Sixteen minutes later (that is the exact time when this transpired) his father was a little bit of a drinker. That’s just one example but there were others.

At the twenty-two minute mark my girlfriend comes in. I figure this will make him begin to wrap up (after all, he’s told me he’s the kind of guy who won’t swear in front of women and he’s been getting in a few). But he doesn’t. And he continues to swear within earshot of my girlfriend.

For another fifteen minutes. For those keeping track, that’s thirty-seven minutes of rapid fire word spewing.

And I’m stilling thinking of new things to do with a meat thermometer.

That’s when another customer came in I had to take care of. I walk past my girlfriend who thinks, due to the silence, the guy has also moved on.

“I didn’t heard you say one word.” She says as I walk past.

I go back and try to wrestle the conversation away from him. I’ve heard all about his fucked up life and, frankly, don’t give a fuck. He’s blaming his entirely fucked up life on his mother hitting him.

All the trouble, all his mistakes, all the things that haven’t worked out in his life are placed at the foot of the one time his mother hit him.

He begins to start in but this time I’m prepared.

“Oh, come on, you got hit once when you were twelve which is, what? Over forty years ago? My Mother hit me all the time and I turned out okay. As a matter of fact, she hit me so often I can remember the phrase she’d say just before the beatings would commence. She’d say,

‘You keep this up and, I swear, one day I’m gonna beat the black off of you!'”

I know it’s evil but, boy it’s fun to watch as his stumble bum brain shorts to a stop.

Breaking news from Jemaine Clement, Bret McKenzie, and co-creator/director of the HBO series, Introducing The Flight Of The Conchords, James Bobin:

“We’ve noticed the less we say about the future of the show, the more people want to talk about it, so in an effort to reverse this trend we are today announcing that we won’t be returning for a 3rd season. We’re very proud of the two seasons we made and we like the way the show ended. We’d like to thank everyone who helped make the show and also everyone who watched it. While the characters Bret and Jemaine will no longer be around, the real Bret and Jemaine will continue to exist.”